The Kapitein Anna cruised for years as Kapitein Kok and was built in 1911 for the Steamboat Reederij op de Lek as paddleboat 6 and sailed from 1911 until the service in 1948 was lifted. The boat maintained a regular service for passenger and freight transport between Culemborg, Schoonhoven and Rotterdam and intermediate places. After a life as a partyboat she was renamed Kapitein Anna in 2013 and became a hotel annex partyboat / hotel.
Read more about the history of Kapitein Anna, formerly known as Kapitein Kok or take a look at a historic video about the last cruise of Kapitein Kok in a scheduled service.

Here’s some information about Paddle boats in general. Paddle boats are ships that are propelled by two paddle wheels on either side of the hull or one paddle wheel on the back. If the wheel is on the back, then such a ship is called a “Sternwheeler“. If the paddles or wheels are set aside, the Dutch name is simply ‘raderboot’. 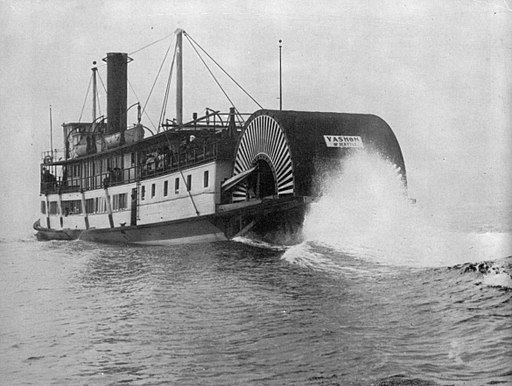 In the Netherlands, the sternwheeler is almost unknown except for a single stray foreign guest or replica. In Germany they appeared as small minorities, especially in the form of tug boats on the Elbe. Therefore, German not only knows “Raddampfer” or “Schaufelraddampfer” for “paddle steamboat” but also the distinction between ‘Seitenraddampfer’ and ‘Heckraddampfer’.

There have been some Belgian and Swiss sternwheelers, mainly in the pioneer period of the steamships and especially in the towing sector. In French, paddle boats are called ‘bateaux à roues’, ‘navires à aubes’ or combinations thereof. And the English general words for wheel (steam) boats are ‘paddle steamers’, ‘paddle-wheelers’ and ‘paddlers’.

At the beginning of the steamships, between 1810 and 1820, all steam ships were paddle ships. As of about 1850, more and more propellorsteamers came into service, which would replace about twenty years later, slowly but surely the paddle boats. A process that was completed around 1925, after that, almost no paddle boats were built.

In principle propellor boats have a greater efficiency than paddle boats. Paddle boats can, however, sail in shallower water, an advantage that is virtually eliminated with the improvements of river navigability. As far as the paddle boats are concerned, “side wheel boats” (an indication I hereby introduce) are faster than ‘sternwheelers’ because of more efficient propulsion at the same power. This is because of the more favorable water currents along and below the hull. Sternboats are, of course, narrower and a wheel behind a ship is not as fragile for driftwood and ice as paddles aside.

The paddle boats have unlocked the big rivers in particular. At sea and coastal waters, the disadvantages relative to propellor boats are more pronounced. In particular, the uneven power on the paddlewheel and crankshaft when the ship was rolling was disadvantageous. Because of this, apart from a single exception, the offshore paddle boats were sooner displaced by propeller boats than on the big rivers. 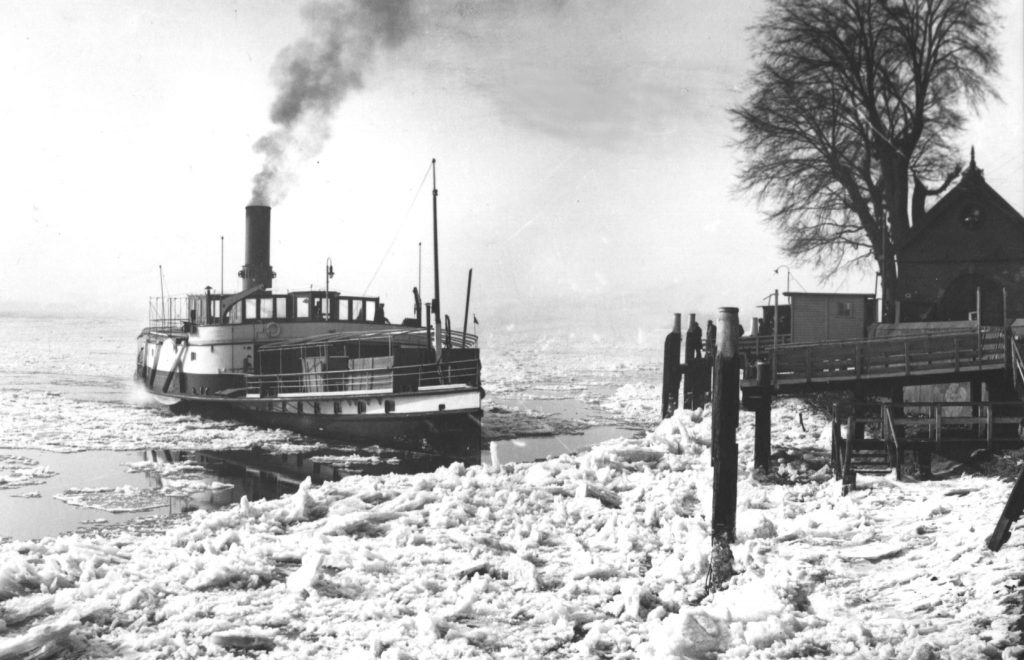 Now something about the propulsion. The “lateral boats” with their transverse ship’s high crankshaft were usually equipped with certain types of piston steam engines: the “oscillating machine” with rotatably suspended cylinders and the “solid compound or triple expansion machine“. These steam engines were often inclined to reach the crankshaft between the two paddle wheels. In older paddle boats, the ‘foot or bottom balance machine’ dominated with a low balance.

Sporadically there have been paddle steamers with steam turbine propulsion. From the thirties of the twentieth century, some of the steam paddles were converted to paddlemotorships. One or more diesel engines make up the main engine installation and drive the paddle wheels by electric (electric motors) or hydraulic (hydromotors) transmission.

Of the countless paddle boats that ever have a sailed, only a very small number is kept and even less in sailing state. There are only some museum paddle boats (usually not sailing), some paddle boats as stationary restaurant, hotel or office ship and there is a limited number of passenger paddle boats in the tourist (scheduled services and cruises) and representative (rental) sector. For the last categories, replicas have been built since about 1960, with quite a few of the American sternwheeler type. Only a few of these newly built paddle boats have steam propulsion.

© Texts based on the sources listed on the Source Listings page